Sustainability in EDU Over last 20 years 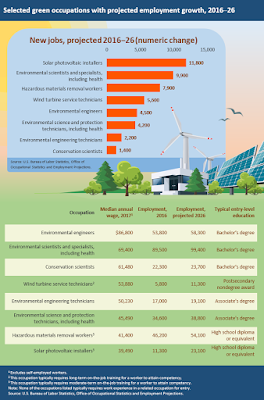 The SustainZine has been blogging (although rather sporadically) for 11 years. Wow!. One of the first blogs was related to an article (and a SAM presentation) by Hall, Tayler, Zapalski and Hall (2009). It focused on sustainability in Higher ED, specifically on how the facilities of universities were doing sustainability initiatives but there were few actual classes on Sustainability. The classroom, i.e., the future of sustainability was far behind.

Later in 2010 Hall (2010) published an article on Lessons of recessions: Sustainability education and jobs may be the answer. (SustainZine Blog post here.) This article discusses the Great Recession of 2007-2008. Make no doubt about the pandemic of 2020, it too was a recession so destructive innovation has been (and will continue to be) the result.

People needed to go back to school during the Great Recession to up their skills and to avoid the big blank spot on their resume that comes from prolonged unemployment. But, universities continued with the same EDU programs as if nothing had changed. Universities were taking on Law students, for example, even though we were swimming with a glut of lawyers. Hall argued that programs of the future, like sustainability, might be a much better training program; it might be a differentiator when compared to a glut of the regular degree program graduates.

Over the last 10 years there have been numerous Sustainability programs created and many “sustainability” classes created within almost every discipline of many universities and Tech Schools.

Green jobs have outpaced almost all other job categories. See the Green Job forecasts from the Bureau of Labor Statistics. Solar and Wind technicians are in high demand, but so are all the environmental cleanup specializations.

Here’s the SustainZine blog on Sustainability in Education post from Jan 19, 2010.

Even though campuses are getting greener, the classes are not.

A big study of campuses, the Campus Report Card, by the NWF (with others) showed how much various schools are doing in terms of sustainability. They are doing a lot on campus but not much teaching of the concepts in the classroom. (Also see some recent research on Generation E.)

The Campus Report Card is actually two similar studies, on in 2001 and one in 2008. They show that the course offerings of environmental and sustainability programs essentially reduced by half. That is, the average student in 2001 had an 8% chance of having an sustainability/environment class, but that dropped in half to 4% chance by 2008.

In fact the worst educational department was teachers education. "Teacher education, that program that trains K-12 teachers, has about a 15% chance of being able to take a course on sustainability within their major" (Hall et al., 2009, p. 17).

The best guess as to why this drop happened is because of two forces. First, and probably foremost, the prices of oil were really low until after this 2008 study was completed (and then they shot up to ~$150 per barrel). Second, the Bush/Chaney administration was friendly to oil interests and not so friendly to environmental interests (no links to environmental sites comments on this since this is a family-friendly site).

Can we move forward with Sustainability in the US without educating on the subject?
Tell us what you think?

Reference
Hall, E., Taylor, S., Zapalski, C., & Hall, T. (2009). Sustainability in education: Green in the facilities, but not in the classrooms. Proceedings of the Society for Advancement of Management, USA.

Hall, E. (2010). Lessons of recessions: Sustainability education and jobs may be the answer. Journal of Sustainability and Green Management. Jacksonville, FL: Academic and Business Research Institute. Retrieved from: http://www.aabri.com/OC2010Manuscripts/OC10079.pdf