Climate Changes and Sustainability, with hyperlinks to Wikipedia 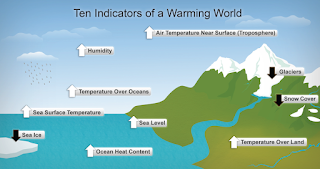 Climate Changes and Sustainability, with hyperlinks to Wikipedia
We all need to become more knowledgeable about earth systems. A better understanding of Earth cycles is critical for us to be better stewards of the Earth that we have come to know and love (even though we tend to take it for granted). Clear Earth and energy facts are critical for us all to make better decisions, individually, within companies and organizations and in governments.
As long as there is a debate about the actual existence of Global Warming, and if there is any human contribution to it, there is not likely to be much productive effort made to address the problems (if any?). (See Scientific opinion on climate change.) Climate Changes and Sustainability is aWikiBook compiled from Wikipedia articles on earth systems, power, life cycles and sustainability (Wikipedia). This book contains some of the best information available. Let’s establish the facts, and then go about the effort necessary to address non-sustainable practices. Oh, if you don’t agree with the facts presented from Wikipedia, then simply offer corrections, and check the updates as statistics/research become available.
This WikiBook is created from articles in Wikipedia, which has some of the best articles in the world on aspects of earth systems and climate change. The book itself simply links from the table of contents to Wikipedia articles which are perpetually updated by volunteers. All pages except this overview are the product of the collaborative environment and open source licensing of Wikipedia. All of the Wiki pages can be linked together into a WiliBook which is 400+ pages, but more than half are references and such. Please read the articles electronically and print only the selected pages you need. The hyperlinks in the Table of Contents for this WikiBook at the bottom of this document will take you directly to the articles in Wikipedia.

Sustainability aims for a balance of the economy, social issues and the environment. Some of the worst environmental disasters are a direct result of extreme poverty. The poverty in Haiti, for example, resulted in complete deforestation of the mountains; then the rains came and the mud slides wiped out entire villages. The triple bottom-line of sustainability represents a balance of people (social), planet (environment) and profits (economic). Hall and Knab (2012) promote an integrated triple bottom-line.
There are a couple areas that have huge potential as starting places toward sustainability efforts, with savings for all concerned. We like telecommuting and energy efficiency. The payback from these two areas alone are far greater than appear on the surface. For example, the savings for a full-time equivalent (FTE) employee telecommuting could be $20k for the employer, $10k for the employee and $5k for the environment. Getting in an accident or the stress of long commutes, plus the lost time, result in a win-win-win of savings for everyone. Since 60%-70% of employees can telework at least occasionally, the collective savings could be about $1T per year if 30% more people telecommuted each day (to work). A perpetuity of savings that could be initiated within weeks, no years, using today’s technology. Oh, and for every gallon of gas that goes unburned (a nega-gallon), that’s about 20lbs of CO2 that didn’t go into the atmosphere.
Energy efficiency (especially building efficiency) offers a similar benefit. It requires monitoring and measuring where you are using (losing) energy in homes and businesses. Usually the power utility will offer a free energy audit as a place to start. With a smart meter, a smart thermostat, caulk and duct tape, you could easily be on your way to saving 15%-25% on energy with the change in your pocket (payback in a couple months). Then with a little investment each building could/should get another $25-30% energy savings (payback in 1-3 years). The Watt of electricity, the Negawatt, is the greenest energy there is. Of course, now when you move to renewable energy, you only have to cover half of your original energy bill to be at net zero!:-) How cool is that.
Note that energy savings does not necessarily increase GDP. Changing a refrigerator or a air conditioner will in the year it is replaced, but the energy savings from energy efficiency actually reduces GDP (unless the power company raises rates). However, the savings is a direct increase of disposable income for the resident or a direct increase in profit (before taxes) for the business. Plus, the energy savings is a perpetuity of savings provided it is monitored and maintained.
Note that these two initiatives can be done with today’s technology; they are immediately profitable; everyone wins; and they offer a perpetuity of savings. No government “assistance” is required, although government could take actions to facilitate them.

There are many, many aspects of sustainability. Sustainable means enough to survive or maintain, not necessarily to thrive. The concept of Sustainability in an environmental sense has to do with all life systems, energy production, nutrition/food, water/sanitation/septic, drugs and lifestyle. Food issues are not well represented in Wikipedia. Organic foods and farming have multiple definitions. Genetically modified foods (GMOs) typically mean patented foods that are Round-up Ready; that is, the entire crop of corn or soybeans can be sprayed with Round-up (glyphosate) and the weeds die, but the crop doesn’t. The discovery from a California law suit against Monsanto – now merged into the monster Bayer corporation – reveals that Monsanto has influenced the academic research on glyphosate, crop yields, and more. This would explain why totally independent research seems to have grave concerns about GMO+RoundUP, while not-so-independent research finds no issues.
Many aspects of farming and stewardship are included in Wikipedia, and represented well. Organic farming can have several different levels. There are different certifications in different countries. It can be a little fuzzy sometimes. For example, hydroponic farming, may not be organic, even if it uses organic fertilizer. Regenerative farming practices seems to be the ideal way to really do sustainable farming.
The disappointment of the coverage of GMO vs. Organics topics are why they are not included in the Table of Contents. As these topics improve, we will include them.

Well, first, it is free! Second, Wikipedia is surprisingly up-to-date, because millions of people (volunteers) update it every day. Also, it is translated into almost 300 languages. Anyone, anywhere, can suggest changes, corrections and updates. Unlike a completely open wiki, Wikipedia, has an editing process to review changes. If a page is weak, biased, or without sufficient sources, it will get flagged. So an article with a big warning label notice should be used much more carefully than one without editor complaints. Also look for the [citation needed] notes from editors who question source and reliability of facts.
Wikipedia provides the ability to create a WikiBook from the existing articles; however, we no longer build the actual book, we simply provide the table of contents with the hyperlinks to Wikipedia and a few other authoritative sources. By using the hyperlink Table of Contents people will always link to the most recent version of each article. The most recent articles are critical for very active and dynamic topics like global warming where topics have updates almost daily and hundreds if not thousands of people monitor changes to an article – especially for potentially controversial pages (Hall, 2010).
Wikipedia is the most widely used and most successful collaborative tool of all time (Hall, 2010, Appendix A: Group Collaboration using Wikipedia).  “Wikipedia [has] 30 million articles in 286 languages” (Wikipedia, 2013, para. 1). Wikipedia is the best source for many things that are actively monitored and followed, such as global warming. And, if it is wrong, you have the ability to suggest corrections; on an important topic like Global Warming, you have the responsibility to correct inaccuracies and misinformation.

What if there Really is Global Warming, and Humans are primarily the cause?

If there really is global warming and, further, humans are a likely a major cause, then you have a moral obligation to address this, right?
As the cover graphic indicates, there are 10 or more measures that we could use to determine if there really is global warming. There are two to five databases to measure each of those illustrated. Go look at the original data if you don’t want someone giving a spin on selected pieces of data. A great source is from Skeptical Science, that backs up with, well, science (peer reviewed sources). The group(s) who believe that there is no global warming (which is dead wrong), and those who believe that humans are not the (primary) cause of global warming all have suspicious ties to oil and gas companies (or similar conflicts of interest).
Seventeen of the hottest years on record have been since 2000 (prior was an exception, and el nino year). Starting in 2014 we had a couple record hot El Nino years. After the el ninos settled, 2017 should have been a cooler year, but it wasn’t. In fact, for several years, we have had the record hottest months, or tied, for 4 to 7 months each year. To put into perspective, it has been 627 months since we have had a single month that is below average! In March, 2018 we breached the 1 degree Centigrade above average (1.9°F). (However, if you use the period leading up to 1910 as the baseline, we are already at 2.4°F, or 1.3°C.  Scientist say that we have to keep below 2°C to avoid a calamity of destructive climate issues.
If you are a manager or an executive then you even have a fiduciary duty to build plans which include sustainability assessments and social responsibility reporting. Even small actions today might make a big difference when compounded over decades. Likewise, business as usual, will also have a compounding effect for decades.
We are all in this together, worldwide. We all have the same earth systems. Non sustainable activities – pollution, overfishing, overuse of water, etc. – affect us all. This interdependence would lead many people to argue that the best way to address most worldwide issues is through big government programs including global organizations such as the United Nations. Please, refrain from making this immediate connection. There are many possible ways to address global warming. The first, critical step however, is for people to agree on the facts and the likely future based on those facts. The remedies for becoming more sustainable must include the individual and economic engines of the economy, as well as the environmental concerns. Governments can certainly be part of the solution, but it will never be the solution. It could be argued that the less individuals and business address the issue, the more likely a Big Government solutions will result. Let’s all look for the win-win-win of full sustainability (Hall & Knab, 2013).
Dr. Elmer Hall wrote this document. All of the articles that are hyperlinks to Wikipedia, however, are directly from the great wiki in the clouds and available with Creative Commons licensing. It cannot be sold, for example.
Visit the www.SustainZine.com for blogging and ideas on Sustainability.
References
Hall, E. (2010). Innovation out of turbulence: Scenario and survival plans that utilizes groups and the wisdom of crowds. In C. A. Lentz (Ed.), The refractive thinker: Vol. 5: Strategy in innovation (pp. 1-20). Las Vegas, NV: The Refractive Thinker® Press.
Hall, E., & Knab, E. F. (2012). Social irresponsibility provides opportunity for the win-win-win of Sustainable Leadership. In C. A. Lentz (Ed.), The refractive thinker: Vol. 7: Social responsibility (pp. 197-220). Las Vegas, NV: The Refractive Thinker® Press.